KLAS OIL JSC found a place among the top six companies awarded with the famous prize “Golden Martenitza” which marks out companies contributed most to the development of the Bulgarian economy.

KLAS OIL was the winner among companies which have successfully established their own brand on the domestic and foreign markets.

The president of Bulgaria Mr. Rumen Radev, ministers, politicians and key business people attended the awarding event organized by the union “Made in Bulgaria”. The President emphasized that a continuous growth of the industrial sector can guarantee long term prosperity of the country. 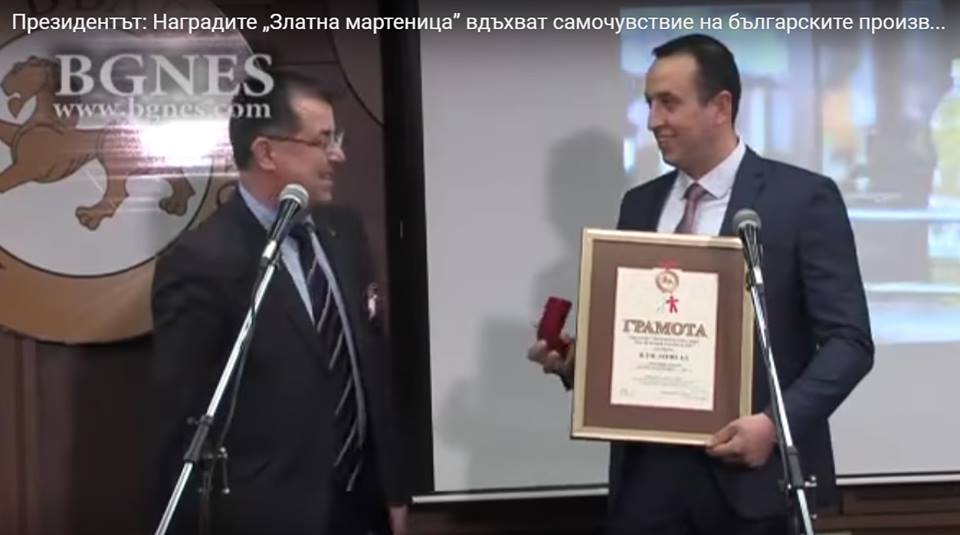 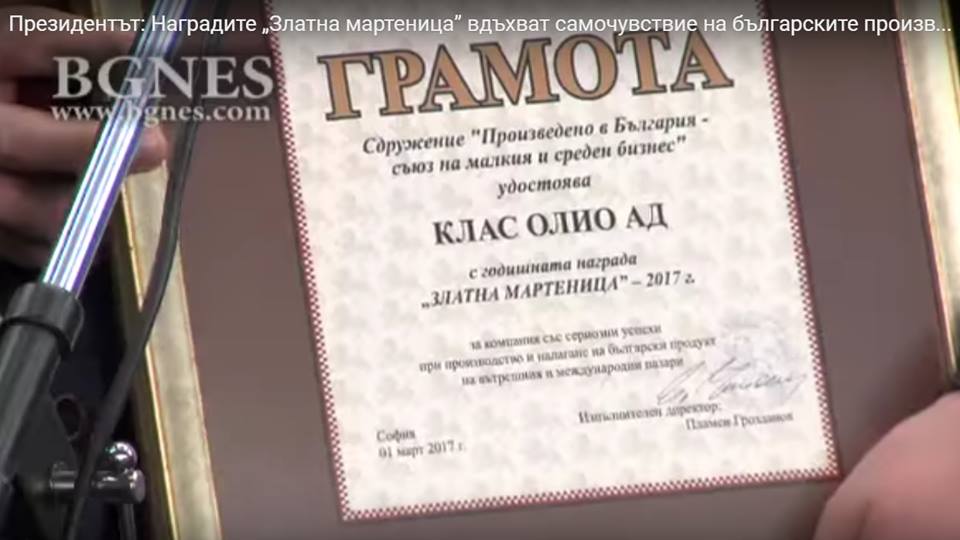